The properties of a yarn are not only dependent on the base material of a yarn, or its yarn count. The properties of a yarn are also determined by the production process used to turn the base polymer or natural material into the final yarn. There are three main types of yarn: monofilament yarn, multifilament yarn, and spun yarns. These are differentiated by the arrangement of the fibres in the yarn.

Spun yarns are made up of short staple fibres with lengths measured in centimetres, as opposed to kilometre-long filaments used for filament yarns. As artificial yarns are either pulled from a chemical solution or extruded from polymer chips in continuous processes, the filaments produced are too long for spinning. These filaments are broken using a variety of methods including cutting and stretching.

One of the most distinct characteristics of a spun yarn is its ‘hairiness’, not shared by multifilament and monofilament yarns. In addition to this, spun yarns are softer to the touch and much less lustrous than filament yarns, making them ideal for clothing applications. Spun yarns often have a lower tensile strength than their filament alternatives and have a tendency to ball up in fabrics when abraded.

The staple fibres are stored in bales until they are ready to be processed. Staple fibres are pulled out of the bale and loosened. From here they are carded which roughly aligns the fibres in the running direction by running them through vertical and parallel wires arranged like guitar strings, and they are then funnelled into what is now called a strand.

Then several strands are drawn out through rotating rollers that stretch and elongate them, producing a single strand. After this step, the path of the yarn can vary. A carded yarn is run through the drawing out process once more, so is drawn out twice overall.

Alternatively, from this stage the strand can be combed into a finer strand with more parallel fibres, removing shorter fibres. Combing is a necessary step to produce worsted yarns, but an optional step in the production of woollen yarns. After combing, the yarn is then drawn out twice more, where it reaches the same stage as the non-combed yarn.

Ring spinning starts with the roving running through a set of rollers, further lengthening the roving. While the receiving spindle is spinning, the roving passes through a stationary metal loop and then through a component called a traveller, which spins freely around the spindle on a track called a ring as it is pulled along by the yarn being wound onto the spindle.

This process simultaneously twists the roving into a yarn and winds the yarn onto the spindle. The yarn is then taken off the thin spindle and is wound onto a larger cone for further processing into the a final product.

The spinning process also enables yarn and fabric recycling in a way that it not so achievable with some filament yarns whose base polymers can’t be melted down and re-extruded into filament fibres. You can read more about the stretch-broken spinning process used by Tay with yarns like Nylon, Aramids (Kevlar®, Twaron®, Nomex®, Conex®, Technora®), Pre oxidised fibres, Vectran®, and UHMWPE here and here, some of which are recycled using this process.

Nylon and polyester filaments are produced using the following method, called melt spinning. Polymer chips are heated to the melting temperature of the material, and extruded through a device called a spinneret, which forces the polymer through a small precision-engineered hole that determines the size and shape of the filament.

Once the extruded filament has cooled somewhat or entirely, it goes through the drawing out process discussed above, increasing the strength and length of the final yarn. Nylon, for example, is drawn out to four times its non-drawn out length.

All else being equal, monofilament yarns are the least flexible yarns, compared to spun and multifilament yarns. Clothing made from monofilament fabric is rare for this reason, but it is often woven into fabrics for industrial applications like filtration where characteristics such as vibration fatigue and work hardening resistance are valued.

Multifilament yarns go through the same starting process as a monofilament yarn of the same material. While the monofilament production process above is for nylon and polyester, the process for aramids like Kevlar®, Technora®, and Nomex® involve a wet spinning process, where the material is extruded from a liquid solution, as opposed to a melted polymer, and is then drawn through a coagulation bath and washing bath before being spooled.

Multifilament of any kind will use a spinneret with many small holes, unlike the single-holed monofilament spinneret. The drawing out process draws all of the extruded filaments together to be wound onto the same spool. You can watch this extrusion, drawing out and winding process here.

Multifilament yarns can be given a minimal twist producing what is known as a flat yarn. A flat yarn retains the smooth feel and lustre of the extruded yarn but has some level of structural integrity imparted by the twist.

The alternative is a textured yarn which can go through a variety of processes adding crimps, loops, coils and crinkles to the yarn, reducing lustre, slipperiness, and transparency compared to a flat yarn. This makes a textured multifilament yarn a much better choice for clothing applications. These processes include stuffing, where the yarn is compressed and heated in a box to give a zigzag pattern and air jet texturing, which entangles some of the fibres by running the yarn through a jet of high pressure air and a little water. 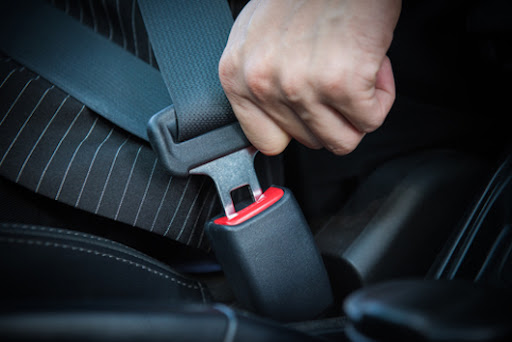