A lot of clients ask us for Kevlar® thread coming with expectations of good cuts and abrasion resistance, and high temperate resistance. They are absolutely right on these properties and we can further enhance the threads in various ways.

SageZander prides itself on being the top Kevlar UK thread supplier. We are wholesale yarn suppliers with a focus on quality products and building lasting relationships. Want to know more about all of our kevlar thread, our kevlar yarn, and it’s benefits? Then you’re in the right place.

You can see all the details about all of our high temperature sewing threads here.

“Serving our customers with their needs at the heart of our operations.”

What is Kevlar and how is it made?

It is produced through a condensation reaction of an amine and an acid chloride to form long, strong, and rigid polymer chains. These chains include rings of carbon atoms called aromatic or benzene rings, whose arrangement in the polymer chain determines the para prefix in the name para-aramid. 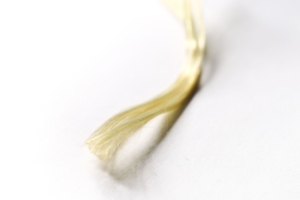 In Kevlar, the attraction that holds the polymer strands together works on a principle similar to electrostatic attraction. The difference is that polymer strands of Kevlar are held together by hydrogen bonds (which you have probably guessed involves hydrogen). A hydrogen atom has only one proton and is not good at attracting electrons when it is bonded to most other atoms, such as oxygen.

Generally, Kevlar® thread consists of a natural yellow. However, we also supply black Kevlar® thread. The black colour component is melted in the actual raw material mix before extrusion, so the black thread extruded contains this colour within the fibre itself, rather than being dyed onto it later which would result in a lower colourfastness.

It is possible to dye Kevlar, but this is not an easy task. We dye red Kevlar thread and other colours. There are limitations to consider but getting small quantities of blue or red Kevlar thread is a possibility.

How much do you know about Kevlar®? We’ve compiled some interesting Kevlar facts, that you may have been unaware of.

These Kevlar® facts prove that there is a lot more than meets the eye, and show how versatile it can be, when looking at its use in manufacturing and production. Read on below to see some other examples of applications for Kevlar® thread.

Kevlar has a myriad of uses as a result of its many impressive characteristics. Kevlar is generally recognised in the use of body armor for police and military, around the World. Below is a small sample of Kevlar uses beyond the well-known bullet and stab-resistant vests:

Tires (Bicycle and car (original use))

Kevlar® was originally invented at the DuPont company by Stephanie Kwolek while looking for a replacement for steel in car tyres to reduce fuel consumption. Today, Kevlar® in tyres reduce the weight of tyres, improving fuel efficiency, and adds abrasion resistance to reduce wear. It is also used in some bicycle tires for the same reasons and to reduce the likelihood of punctures.

Kevlar® is used in speaker drivers that audiophiles have often credited with producing a richer sound than standard drivers. Not only are speaker drivers taking advantage of Kevlar®, but also bows for violas, violins, and cellos, that are characterised by their warmth.

Kevlar is a heat-resistant and extremely strong synthetic fabric similar to Nomex and Technora. The high-strength material was initially utilized commercially in the early 1970s as a replacement for steel in racing tires, thanks to Stephanie Kwolek’s work at DuPont. It’s usually spun into ropes or fabric sheets that can be utilized on their own or as a component in composite materials.

What Are The Properties Of Kevlar

Kevlar combines high strength, high modulus, toughness, and thermal stability in a single material. It was created for high-demand industrial and high-tech applications. Many different varieties of Kevlar are currently available to satisfy a wide range of applications.

Can Kevlar Be Recycled

Kevlar is 100% recyclable! When it is recycled, any outer padding is removed, then the rest is recycled as normal. The Kevlar fibres are then chopped into what they call “staple fibre”.

This staple fibre can then be used in a variety of ways. In general Kevlar is 100% recyclable, and can be sustainably produced.

What Is Kevlar Used For?

Bulletproof vests and body armor are the most prevalent uses for Kevlar. There are two reasons for this. For starters, the light weight of Kevlar allows police officers, bodyguards, and military personnel to move quickly and freely without having to worry about bulky armor. Second, Kevlar’s near-invulnerability means that those who serve and defend us on a daily basis are similarly well-protected.

You might be surprised to learn that Kevlar has been employed in everyday items. For all those snowboarders and skiers out there, Kevlar is used as the core material in both snowboards and skis. This not only prevents holes in your tires, but it also extends their life.

Even your phone, believe it or not, may include Kevlar. Back plates for mobile phones are now made of Kevlar. This helps to protect the phone’s internal components in the event that it is dropped or damaged.

Drumheads are another application for Kevlar. Anyone who has seen a live rock concert knows how hard the drummers pound on their various instruments. The Kevlar in the drumhead allows it to resist the constant and strong impact of drumming.

In an industrial setting, Kevlar has a wide range of applications. It’s already being used to make hoses, belts, and other materials that could use a little extra reinforcement.

Kevlar has major usage in many of your means of transportation. It’s utilized in the military to build airplane parts, automobile parts, and other vehicles like helicopters.

Kevlar is being used in a variety of applications, not simply military vehicles. It is now being used in brake pads to replace asbestos. Asbestos is extremely toxic and harmful, and Kevlar has shown to be an excellent substitute.

Where On A Motor Vehicle Could Kevlar Be Used?

Plastic can be reinforced with Kevlar and other synthetic fibers to construct cars.

Kevlar is frequently woven with various fibers to create fabric for flat panels, curved and compound curved shapes, moulded shapes (hoods, fenders, etc. ), and high-pressure cylinders for storing gases under pressure. It is widely substituted for steel in reinforcing bands for rubber parts such as timing belts, accessory drive belts, tire beads, and radial bands, where steel or nylon was formerly utilized. Kevlar is more expensive than steel or nylon, but it has advantages in terms of weight and strength.

It may reinforce epoxy to make lightweight elements that are stronger and stiffer than steel and aluminum when woven into cloth.

What Are Kevlar Gloves?

Kevlar gloves are constructed of Kevlar, a durable synthetic fabric that protects workers from cuts, abrasions, and heat. Additionally, the gloves are light, flexible, and comfy.

Polyester, nylon, and poly-ethylene gloves have all been replaced with Kevlar gloves in a number of sectors. Kevlar gloves are used by automotive, steel, glass, and metal workers to protect their hands from heat and cuts.

Is Kevlar An Addition Or Condensation Polymer?

Kevlar is a nylon polymer and is obtained by condensation polymerization of terephthalic acid with 1,4-diamino benzene.

Several research has been conducted to determine this.

Natural fiber has a high hydroxyl content, making it polar and hydrophilic, whereas the polymer matrix is hydrophobic. Water was also absorbed by Kevlar fiber due to the presence of voids in its structure.

It was discovered that samples with a high kenaf fibre content have higher water penetration. This is because water seeps into the interface through micro fissures caused by the fibres expanding. The hydroxyl group in natural fibre is abundant, making it polar and hydrophilic, whereas the polymer matrix is hydrophobic. Water was also absorbed by Kevlar fiber due to the presence of voids in its structure.

When you work with SageZander,  the number 1 Kevlar UK yarn supplier, you can always count on receiving high-quality yarns, threads, and technical products. SageZander works with a number of industrial and technical textile and composites processors in the United Kingdom and Europe. Hearing from fresh suppliers searching for someone to sell their products and position new advancements into areas where we can help is always exciting to us. Choose SageZander – the top Kevlar Yarn Suppliers, for the highest quality products and customer service.

Please contact us if you have any questions about our Kevlar Yarns. You can reach us by phone or email. We are always eager to assist you with any problems. 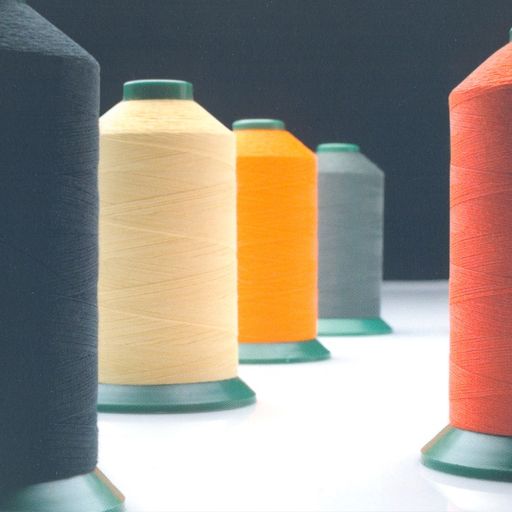 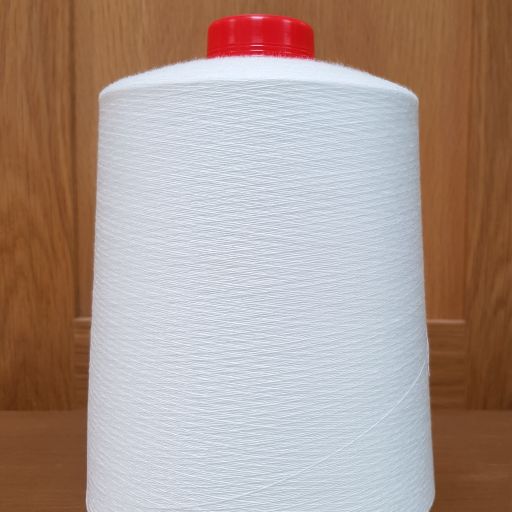 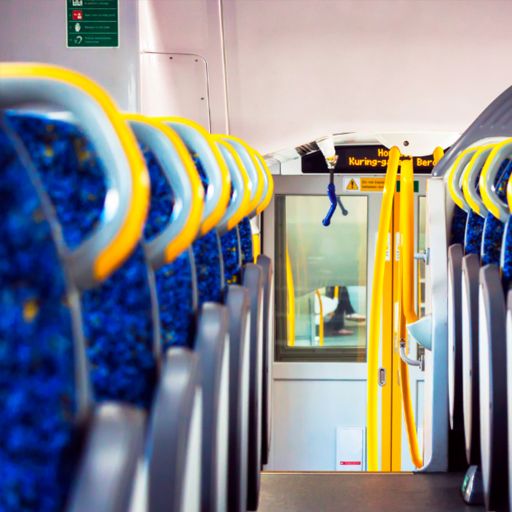 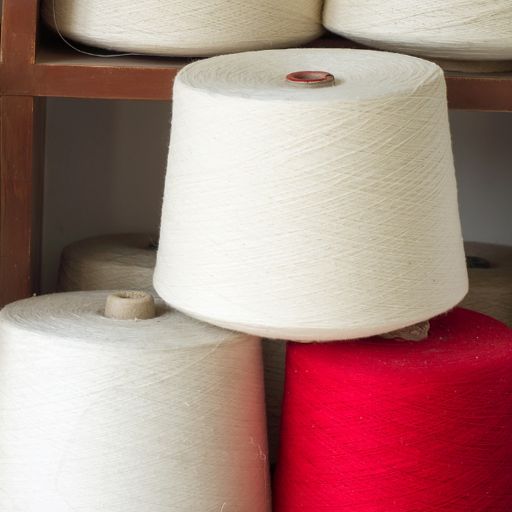 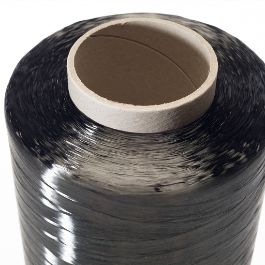 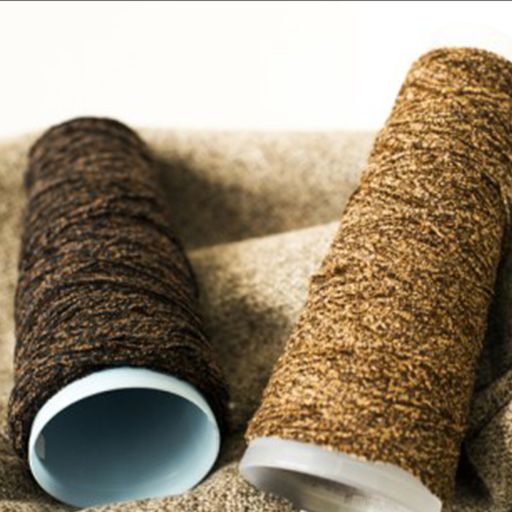 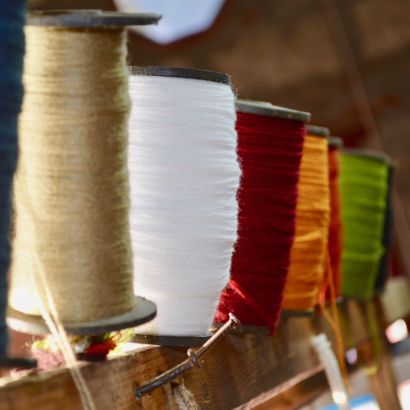 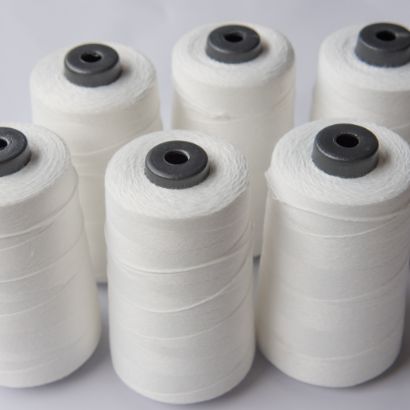